The utility is designed to mine Eth and other coins based on Ethash algorithm on video cards with GDDR5 memory from Nvidia with up to 40% increase in hash rate. Some users have noted the effectiveness of the tablet when mining on Cryptonight, so you can try it if necessary.

Important: when overclocking a video card or using software of this kind, do not forget about the safe limits, after which the risk of damage to equipment increases.

There are no special system requirements; the utility runs on Windows or Linux.

Miners using the OhGodAnETHLargementPill note an increase in hashrate of 8-15 indicators and a decrease in heat generation. The last paragraph clearly speaks in favor of the utility, since less heat prolongs the life of the video card.

The main function of the utility is to increase the hashrate when mining on a single video card or farm. The program copes with the stated tasks perfectly; during operation, no errors are detected, and the hash rate really grows to 53-54 mH / s.

The program works simultaneously with the miner; no special skills are needed to use it. Perfect for beginners:

We leave the program open and proceed with the settings of our mining farm; we performed the setup using our MSI Afterburner program.

As you see after an hour we see acceleration and improvement. 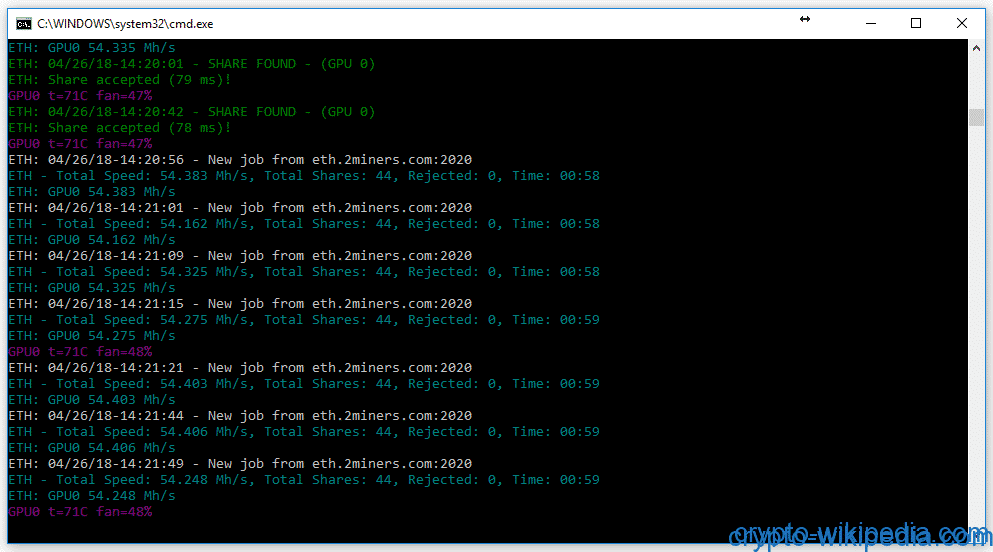 The speed on the pools increased 2 times, respectively, after the checks, we can say that the tablet is working.

Add a comment Cancel reply
👍 Best of the week
Posting....