What are anonymous cryptocurrencies?

What are anonymous cryptocurrencies?

Anonymous cryptocurrencies are peer-to-peer payment systems with their own internal payment unit, aimed at ensuring complete privacy of financial transactions through cryptographic protocols that significantly complicate or make it impossible to audit network data.

Among the largest by market capitalization of anonymous digital currencies: Monero, Dash and ZCash.

Monero is a peer-to-peer payment system with the same unit of account based on the CryptoNote cryptographic protocol, which ensures anonymity of transactions through ring signatures and stealth addresses.

The CryptoNote protocol was created by a person or group of people under the pseudonym Nicholas van Saberhagen and was first implemented in the Bytecoin cryptocurrency, fork of which is Monero [April 2014].

Initially, data was obfuscated on the Monero network by mixing transaction inputs from different senders, generating one-time addresses for each transaction, and hiding the transferred amount.

In October 2018, Monero developers successfully implemented a hard fork with the activation of the Bulletproofs protocol, aimed at significantly reducing the size of anonymous transactions and commissions by replacing the RingCT mechanism [circular confidential transactions], which required a lot of computation on the side of the full node.

Despite the high level of privacy, if, as part of an attack, attackers manage to seize control of a large part of the network, then deanonymization of transactions is possible.

ZCash is an open source peer-to-peer payment system developed by Zerocoin Electric Coin Company based on the Zerocoin and ZeroCash protocols from cryptographers from Johns Hopkins University, focused on ensuring transaction confidentiality through the zk-SNARK zero-disclosure evidence protocol.

zk-SNARK allows users to verify the truth of so-called secure transactions without disclosing the parties and the amount, leaving only timestamps public. Moreover, all coins are interchangeable and it is impossible to trace the history of their origin.

Users can also carry out public transactions from open addresses if they want to save on fees, but the balance information will be hidden if the recipient is a secure address.

Note that at the end of October, the ZCash network hosted the Sapling hard fork, aimed at significantly reducing the size of transactions, accelerating them, switching to a new address format and achieving default privacy. The update allows users to conduct secure transactions from lightweight clients.

The ZCash network uses the Proof-Of-Work consensus algorithm focused on GPU miners, but the developers have not yet implemented protection against ASIC devices, although the corresponding software is developed by the non-profit organization ZCash Foundation.

Dash is a peer-to-peer payment system with the same unit of account, which appeared under the name XCoin as a fork of the Bitcoin protocol in January 2014. Until March 2015, it was also known as Darkcoin.

A distinctive feature of Dash is not only the anonymization of transactions, but also the use of masternodes, which share the remuneration for network maintenance with miners. The owner of the masternode must pay a security deposit of 1000 DASH so that he does not have any motivation to act hostile to the network.

To ensure the privacy of transactions in the Dash network, the PrivateSend mixing mechanism based on CoinJoin technology is used [read the “Top 8 latest technologies to protect anonymity in the Bitcoin network”]. Coin mixing is performed by random masternodes during a certain number of rounds [recommended – 4], hiding the connection between the sender and the recipient.

Dash users also have access to the InstantSend mechanism for instant payments with a higher commission. Transaction inputs using InstantSend evaluates a quorum of 10 masternodes that decide whether to approve or reject the transfer.

Why are anonymous cryptocurrencies often criticized?

Developments in the field of web extensions and malware allow you to use the computing power of personal computers and mobile devices to mine anonymous cryptocurrencies, primarily Monero. Some of these tools also cause significant harm to operating devices.

using specialized software [for example, WannaCry] to hide the movement of stolen money. Japan Financial Services Agency (FSA) ordered Bitcoin exchanges to withdraw Monero, ZCash and Dash from the auction. Countermeasures against anonymous cryptocurrencies have also been talked about in the US Secret Service.

From the point of view of technology, criticism basically comes down to the size of anonymous transactions, which requires a large amount of memory from a full node, however, the mentioned updates on Monero and ZCash networks gradually solve this problem.

What other cryptocurrencies allow anonymous transactions?

The ZenCash or Horizen network, a branch of one of the ZCash forks, also uses the zk-SNARK protocol with the ability to send private messages along with secure transactions. Note that ZenCash has been the target of a successful reuse attack.

The Verge network uses an anonymizer of IP addresses and the Wraith protocol for private transactions. The Fork Dash PIVX network also uses the Zerocoin protocol to hide all transaction metadata.

What are bitcoin futures?
What are futures? Futures is a contract to buy or sell
013 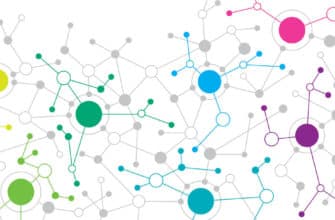