Grin is an open source cryptocurrency based on the MimbleWimble protocol.

What are the key features of grin?

Increased Confidentiality: Cryptography based on elliptic curves and one of the Pedersen Commitment implementations allows you to create opaque transactions that can be checked for correctness.
Blockchain: small (~ 300 MB), has a simple device that allows you to gradually increase the amount of data and scale based on the number of users, and not on the number of transactions. The number of users is equal to the number of unspent outputs, so there is no need to include individual transaction data in each block.
A block in the Grin blockchain consists of a header, a list of inputs after “cutting through”, a single core for the entire block, and a core for each individual transaction in the block. “Cutting” means the process of collecting the inputs or outputs of transactions into a single set, after which they are added to the network.

The MimbleWimble protocol allows you to verify transactions by hiding information about the user and the amount.

Launch: Grin launched without premine and ICO. Developers do not receive part of the reward for mining. The project is developing with donations.
Mining: Cuckoo Cycle, the Grin PoW mining algorithm, is the simplest PoW algorithm known and allows you to distribute mining rewards based on the type of devices used, including ASIC and GPU.

How does grin function?

The Grin protocol does not support scripts; it is impossible to implement smart contracts or decentralized applications (dApps) in it. At the same time, the Scriptless Scripts technology allows the use of such designs as multi-signatures, atomic swaps and payment channels. Green has unlimited emission, but inflation is reduced annually due to an increase in the total number of coins in circulation.

Addresses and amounts are hidden in transactions. Two transactions can merge in a block into one – all intermediate information is hidden. Each Grin transaction consists of three components:

Who is developing Grin?

Grin is being developed by a board of seven / eight developers and numerous volunteers.

According to the Grin repository on Github, since 2016, 141 developers have been involved in the development. A significant contribution to the project was made by six people, of whom two are anonymous. 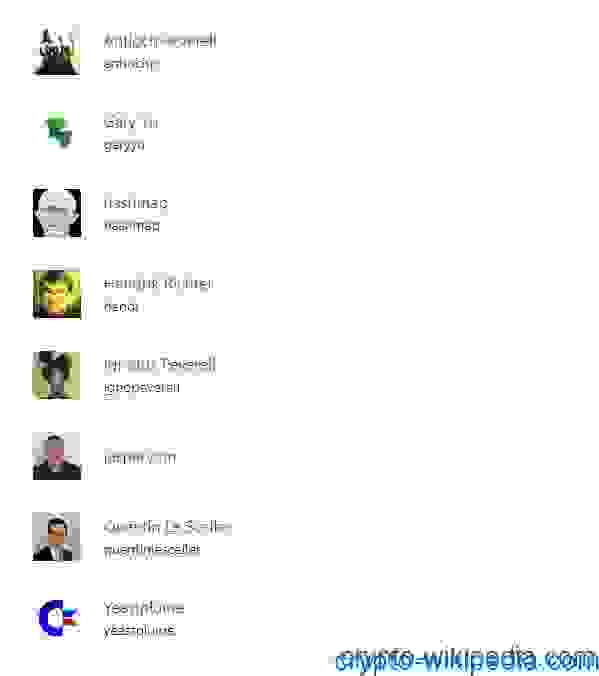 A number of leading developers of the GRIN project

The project was donated by Spark Pool and bminer mining pools, Gate.io and Poloniex exchanges, as well as the Qtum project. The costs of developing the protocol are covered from the Grin general fund. This fund is managed by the Grin Technical Council – all spending decisions are public.

In the history of voluntary financial support for the project, two transactions of 50 BTC can be noted.

How is GRIN issued and stored?

The frequency of blocks in the network tends to 1 block / minute.
The block reward is 60 coins.
The average emission rate will remain unchanged – 1 Grin / sec.
The users can access the official Grin wallet and the Grin713 wallet based on the official one.

What are the future goals of the Grin project?

Code development commits in a centralized project database (data for the last 12 months):

According to the roadmap for 2020, the developers intend to focus on the development of atomic swaps for off-chain transactions between Bitcoin, Ethereum and Grin, as well as implement the Lightning Network.