What is Segregated Witness?

What is Segregated Witness?

Segregated Witness or SegWit (“separate witness”) is a implemented protocol update proposed by the Bitcoin Core development team. The aim of this proposal is to optimize the block size, which in the long run will solve the issues of scalability of the Bitcoin network, block overflow with transactions, transaction confirmation speed and lower fees. In simple words, SegWit allows you to increase the efficiency of the blockchain without increasing the size of the block.

What is soft fork?

Soft fork (“soft fork”) – changing the rules by which a block passes validation (authentication) in the blockchain. Soft fork involves code changes that do not affect the core software. Unlike soft forks, hard fork (“hard fork”) is a more radical and faster solution, which at the same time can jeopardize the entire Bitcoin protocol if any mistake is made during its implementation. For example, the solution proposed by the developers of Bitcoin Unlimited is a hard fork of the Bitcoin network. More information about forks and the differences between hard fork and soft fork can be found here.

What will SegWit provide in the long run?

First of all, Segregated Witness solves the scalability problem of the Bitcoin network. The solution will optimize the structure of the transaction block, since it makes it possible to separate the signatures of transactions from the process of their transfer. As a result, transactions will take up less space, and blocks, respectively, will become more capacious. Activating SegWit also eliminates the plasticity of transactions, creating conditions for increasing the speed of their confirmation (including through the combination of Segregated Witness with another solution called Lightning Network).

What are the benefits of SegWit?

The main advantage of Segregated Witness is that excluding signatures from a 1MB block can effectively increase the size of a bitcoin block. This means that in each block it will be possible to record a larger number of transactions, or, in other words, increase the throughput of the blockchain. In this case, the decision is implemented without violating existing consensus rules.

To solve the scalability problem, Segregated Witness involves extracting a transaction signature and putting it in a separate data structure. When a signature is removed from a transaction, the size of the transaction decreases. Consequently, each transaction is reduced by approximately 47%. Thus, the block, without changing its size, will be able to accommodate almost twice as many transactions.

SegWit will also benefit full-node holders, as it can reduce the amount of data needed to be stored on hard drives. In other words, Segregated Witness will reduce the requirements for running a full node and the time required to synchronize with the network.

What is needed to implement Segregated Witness?

To activate the solution on the Bitcoin network, support from 95% of miners is required. More precisely, after reaching the activation threshold, it is necessary that for one block of difficulty in 2016 blocks (approximately two weeks) at least 95% of the blocks are mined, signaling support for Segregated Witness. The release of the Bitcoin Core 0.13.1 client with the included SegWit solution took place on October 27, 2016.

How strong is SegWit support in the Bitcoin community?

What other cryptocurrencies are oriented on SegWit?

In April 2017, the Segwit protocol was activated on the Litecoin network. There are other, less well-known digital currencies that have also indicated their commitment to Segregated Witness.

Where can I get more information about SegWit?

ForkLog Magazine has released a detailed article entitled “What is Segregated Witness and How Can It Improve Bitcoin.” Despite the “venerable age” of the article, it has not lost its relevance, since the material focuses on the technical component, and not on “reports from the battlefield” of Bitcoin Core vs. Bitcoin Unlimited. 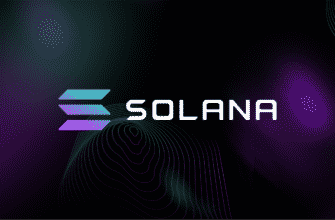 What is Solana (SOL)?
Solana is a project that develops a scalable blockchain
051